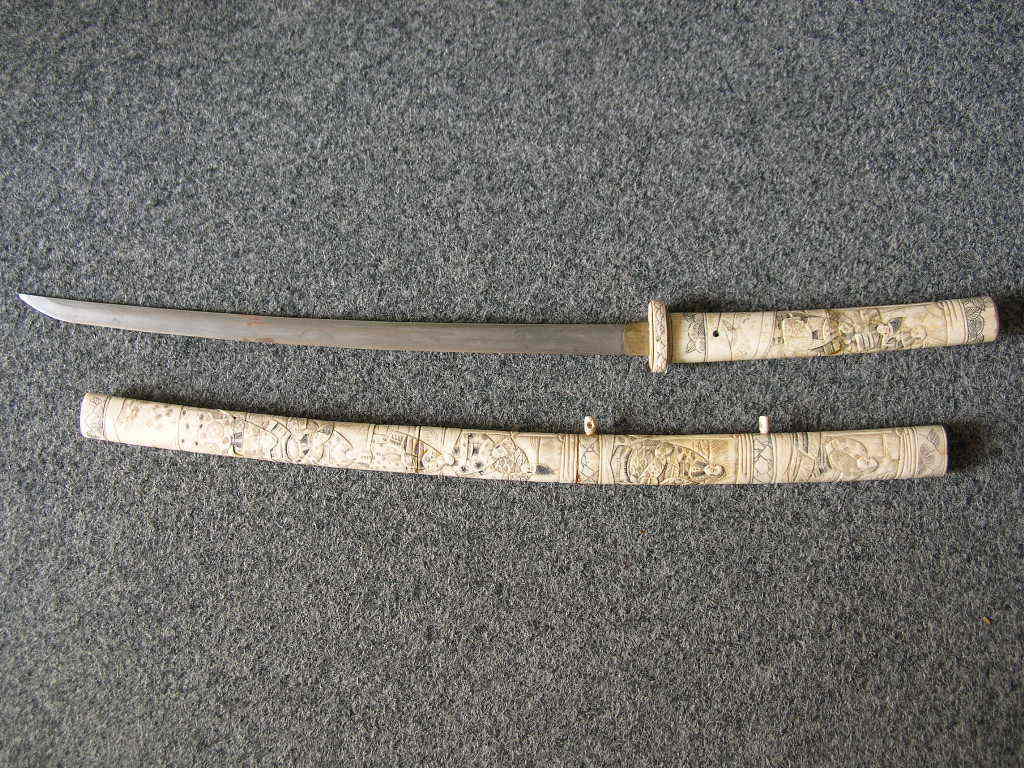 For centuries, the Japanese katana has been considered one of the most effective swords in the world, owing largely to the precise design specifications considered when forging each katana. These weapons were the ancestral heirlooms of the families to which they belonged, and they are both a culturally enriching conversation piece and a deadly slice of history.

How were katana swords forged?

First, the blacksmith had to refine the steel. Due in part to Japans status as an island and the ensuing shortage of raw metals, the forger was first required to smelt together iron sand. This special process, which involved heating the iron sand in a large clay container called a tatara, eventually resulted in a large bloom of steel that the Japanese called jewel steel — in their language, tamahagane.

When actual forging commenced, it was considered a sacred process and often took weeks to complete. The steel bloom was carved down and trimmed, with various qualities of steel inside the bloom then were used for different parts of the blade. A strong section of metal with an incredibly high carbon content reinforced a weaker core. This weak core was repeatedly folded during forging, increasing its durability before being coated in the stronger steel. This process made the blades very resilient, able to clash with other swords easily.

In some assembly processes, the blade would be assembled around the core with a series of interlocking sections of metal. These sections gave the blade an overall sharper edge as well as ensuring that it was easy to repair if it became damaged.

Did samurai really use katana swords?

Yes, samurai did indeed carry and wield katana, granting them their informal title as samurai swords. Often, they were used in tandem with a wakizashi or a tanto, which are smaller sizes of blades that served as companions to the katana itself.

However, for the most part, samurai considered their katana to be ceremonial weapons, mainly used for dueling. In most cases, samurai preferred to use long spears called naginata or the Japanese longbow - called the yumi.

From a cultural perspective, katana are considered impressive because of their exotic nature. Structurally speaking, the folding process that gave these swords their strength and sharpness makes them a lethal weapon. In some tests, a swing from one samurai sword has been seen to slice through 3 whole pig carcasses.