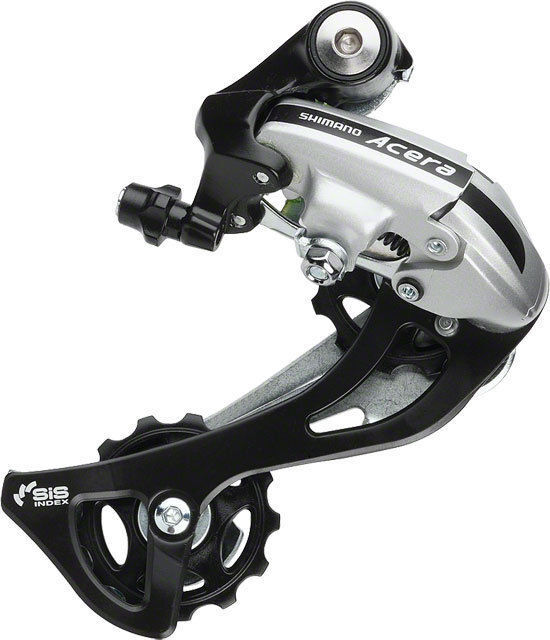 Also known as a rear mech, a rear derailleur is the mechanism responsible for moving the chain consecutively cog after cog of the cassette. Just as the name states, it is usually found at the rear end of the bicycle. The gear shifter at the right hand of the handlebars propels the cable to move the derailleur, which consequently moves the chain on the right cog.

Do all bicycles have a derailleur?

Most bikes that are equipped with multiple gears have a rear derailleur. Exceptions are those with an internal gear hub such as Alfine, Shimanos Nexus, or the Rohloff Speedhub that use a gearbox contained in the rear hub body. Bikes with rear derailleurs are also equipped with front derailleurs. This allows them to switch between the two and three chainrings on the pedal crank.

What should be considered when buying a rear derailleur?What is cassette spacing?

The greater the number of sprockets, the lesser the spacing between them and the narrower the chain. Selecting a rear mech designed for the right cassette spacing is the first thing in ensuring that the mech will be able to work on your bicycle.

What is capacity in a bicycles rear derailleur?

What are the different cage lengths of a rear derailleur?

The cage is simply the link between the lower and upper derailleur pulley. The three derailleur cage lengths include short, medium, and long. The length of the cage affects the capacity of the rear mech. The shorter it is, the lesser the capacity. Upon calculating the total capacity, one can go ahead and select the length that meets the capacity requirement.