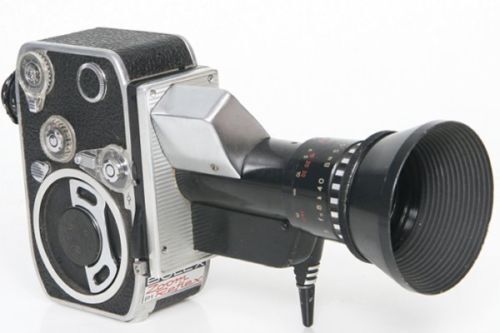 What You Need to Know About Bolex 8mm Movie Cameras

Historically, 8mm movie cameras have been a common format for recording home videos, whether youre filming your children playing in the backyard or guests gathered at a holiday celebration. Bolex offers several different camera models for creating your own 8mm films.

What is an 8mm film movie camera?

This type of camera takes 8mm film and records videos on a frame-by-frame basis. It quickly takes photographs on the film, with each image creating one frame. A fascinating trick of the human mind causes people to view it as a video when the film is played back on a movie projector. Bolex 8mm vintage movie cameras are available with features like spring over-wind protection, end of film signal, and an adjustable frames per second of 8-64.

How do you load this type of camera?

The loading process may vary slightly from camera to camera, but typically the steps are as follows:

What are common features of the 8mm movie camera?

The precise features of this type of camera vary among models. Common features youll find include:

Do you need to load the camera in the dark?

A common question that 8mm camera owners have is whether or not they need to load it in the dark. While this isnt necessary, the lighting of the room should still be subdued. Dont load it in a room with bright lights. If youre outside, then load the camera in a shady area such as under a tree.

Content provided for informational purposes only. eBay is not affiliated with or endorsed by Bolex.