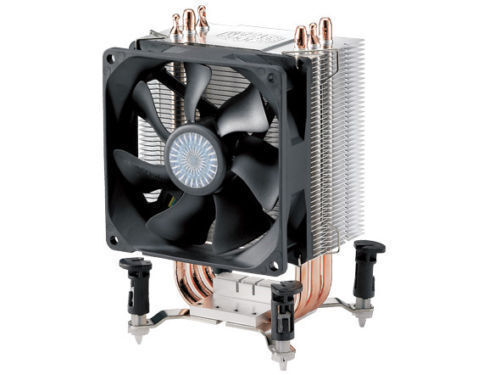 Regulate Temperature with the Cooler Master Heatsink and Fan

If your computer is running a little hot or youre looking to upgrade your system, you might consider a CPU fan. Your Cooler Master heatsink and fan will keep your laptop or desktop at the temperature your CPU can handle.

The heat pipe copper that is used to conduct heat for faster dissipation back into the air provide much of the cooling effect. The propulsion of the spinning fins also provides the air required to keep a processor and other components at the temperature that keeps your computer performing like it should. Additional features contribute to temperature regulation such as:

What are some important fan features?

Each one has a unique set of attributes that provide you the temperature regulation you need, especially when gaming, watching videos, working on graphics projects, and more. When running multiple processes, it helps to have a fan that has one or more of these features:

The Liquid Maker acts as both a CPU cooler and a radiator. The MasterAir has another function called an RGB controller that produces different colors as the fan spins. An additional function of the Air Cooler is the ability to pull air in one fan and then allow it to be released in another one. The Evo is another model of that has additional capabilities, in that the sleeve bearing extends its operating lifespan.

Content provided for informational purposes only. eBay is not affiliated with or endorsed by Cooler Master