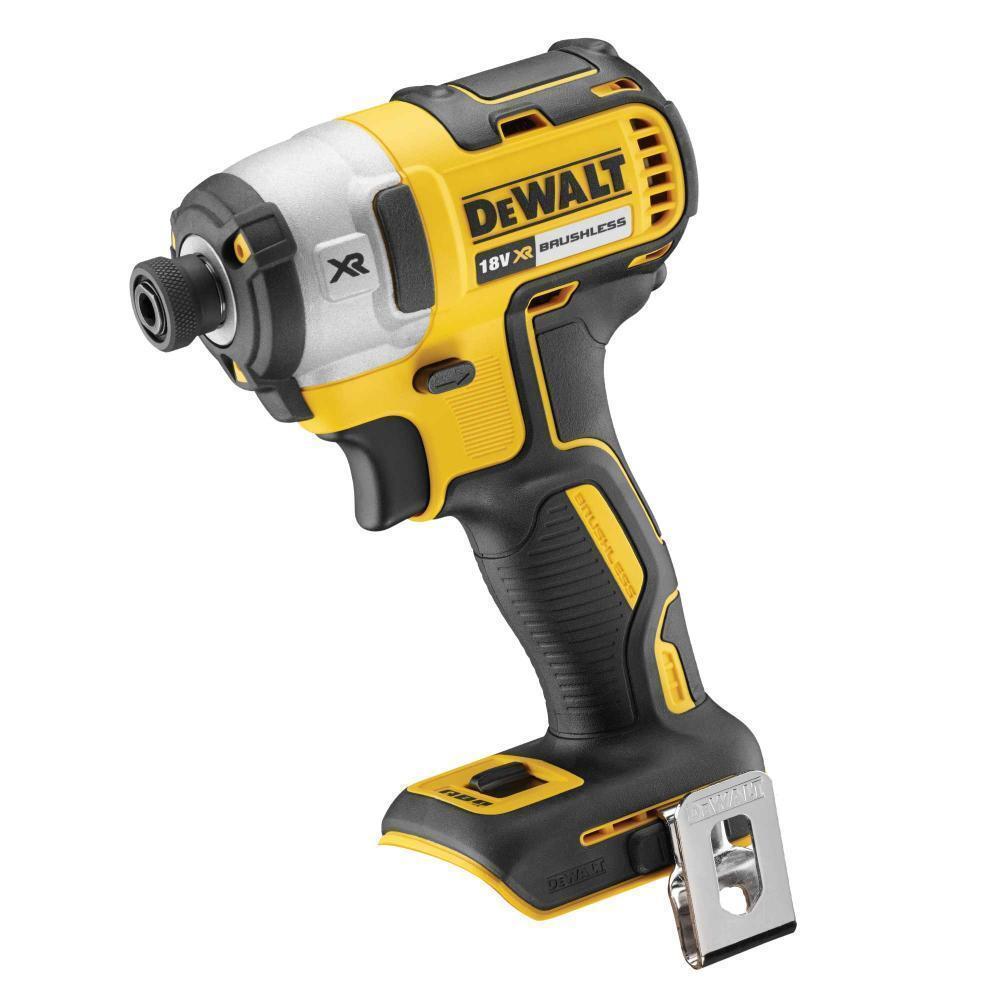 Starting with a single machine patented in 1924, DEWALT has grown as a manufacturer of power tools made in America. DEWALT power tools come as plug-ins or cordless.

What are the main differences between cordless and corded tools?

Cordless tools, like power saws or drills, get their power from battery packs and do not require the availability of an electrical outlet. The next generation of DEWALT battery packs, in 60V and 120V, offer the performance of plug-in power tools with a cordless design.

What does "Ah" stand for?

The term Ah stands for ampere hour, or amp hour, and is the packs electrical charge in amperes. Example: If your drill draws 20 amps of power, a 10 Ah battery pack should power it for up to 30 minutes.

What is a brushless motor?

In a conventional motor, current passes through the brushes, and friction from the brushes results in energy lost as heat. Over time, worn brushes have to be replaced.

Synchronous brushless motors use an inverter to run on a direct current voltage. This eliminates sparking and reduces friction, resulting in more power, longer run times, and tools that have a longer useful life.

What does the XR stand for?

Flexvolt battery packs have the ability to automatically adjust the voltage to the tool being used. This means that the same Flexvolt battery can be used in a wider variety of tools. Flexvolt batteries work with, and extend the run times of, 20V MAX tools and fit the new generation of 60V MAX and 120V MAX DEWALT tools.

What is the charging time on a DEWALT 20V MAX?

Should DEWALT battery packs be left in the charger?

Updated battery packs have several small, built-in circuit boards to prevent overload and are designed to be backward compatible. They will work with many of the older nickel-cadmium equipped tools. DEWALT cordless tools will accept only battery packs that can be safely used with that particular tool. If the battery pack clicks into place, it can be used safely.

Content provided for informational purposes only. eBay is not affiliated with or endorsed by DEWALT.