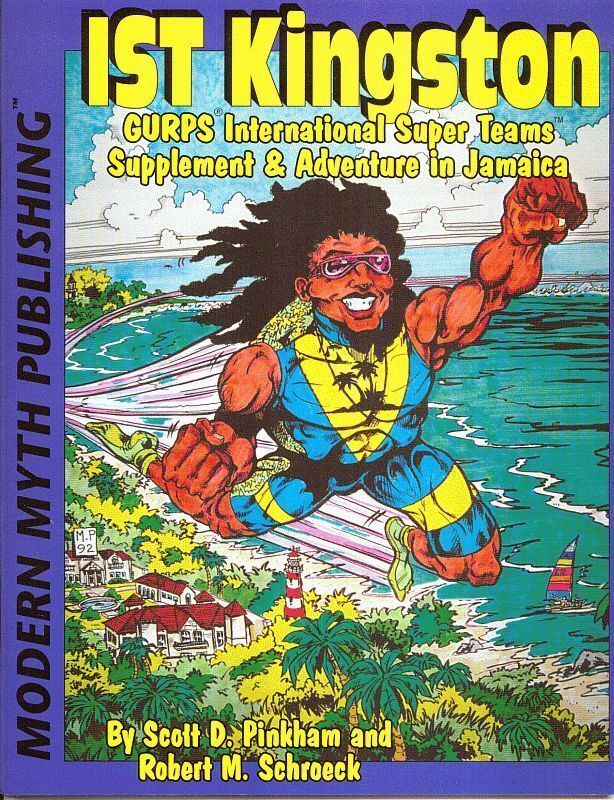 GURPS is a tabletop game that allows for play in any game setting. In GURPS role-playing games, a wide range of campaigns filled with magic, combat, robots, medieval themes, futuristic themes, and more are made possible.

What does GURPS mean?

The name of this gaming world stands for Generic Universal Role-Playing System. Using the same core rules and character creation, players can play in a wide range of gaming worlds. This type of role-playing game system is designed to be suitable for sci-fi themes or medieval fantasy options, depending on the choices and storytelling of the players.

What is the recommended age for GURPS RPGs?

GURPS are family-friendly games that all ages can enjoy. Most children should be capable of dealing with the subtleties of the games by age 10.

What themes are available through GURPS?

These role-playing games contain elements from every conceivable genre of fantasy and fiction. Some books are focused on horror while others take a more standard medieval approach to fantasy. GURPS offers books set in futuristic science fiction worlds. Some of their more advanced manuals allow you to create plots that cross characters from one theme with settings of another.

What are the different types of GURPS books?

Campaigns are the most basic type of book available from GURPS. Beyond campaign books, you can choose manuals for creating action-based plots and setting rules. There are several supplement books that include armor, weapons, locales, characters, and much more. These additional manuals can help players to make their role-playing experience more immersive.

Is there a GURPS book that beginners can start with?

The starting books for the Fourth Edition are "Basic Set: Characters" and "Basic Set: Campaigns." These encompass the full Basic Set, but there are many supplemental books that are compatible with them. These books contain additional information from their Third Edition, including a chapter on the Infinite Worlds cross-world development system. It also includes both "Compendiums" and much of the information from the Martial Arts, Psionics, and Supers books.

How long does a single GURPS session last?

These role-playing games can be designed to last as much or as little time as youd like. Since the system allows the gaming master to create the plot, the length of the session is dependent on the players. Most players claim their average sessions last from two to three hours. People can set their gaming sessions for a full day or just for an hour or two.

Content provided for informational purposes only. eBay is not affiliated with or endorsed by GURPS.