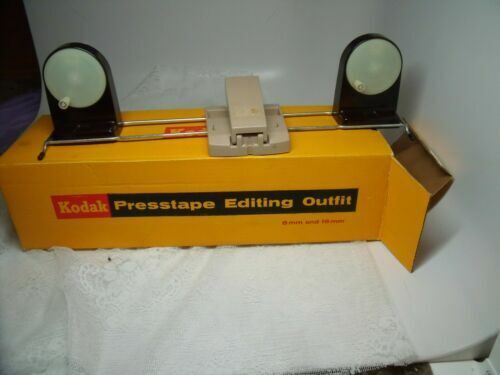 How Does an 8mm Film Splicer Work?

8mm film marked the modern age of film upon its creation in the 1930s by Eastman Kodak as a less costly replacement for the common 16mm. Even some new media is created using film as its media, and when film must be edited, one step of the process is using a film splicer to join pieces together.

How is 8mm film used?

Regular 8mm is actually half of 16mm film.

What is film splicing?

Film splicing involves physically joining two pieces of film together, and there are multiple types of splicers designed for varied applications.

What features do Kodak film splicers have?

Vintage film splicers may have a place in the hearts of both creators and collectors since vintage splicers are often in usable condition and supplies are still available.

Content provided for informational purposes only. eBay is not affiliated with or endorsed by Kodak.