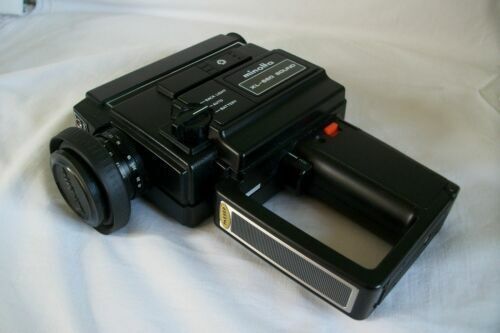 In the digital age, its easy to just whip out your smartphone and record video at a moments notice or capture high-definition video on a digital SLR camera. But for serious filmmakers, theres nothing quite like experimenting with vintage film cameras and understanding the mechanics of what went into early filmmaking. You can still find vintage cameras by brands like Minolta in good working order, as well as old models that you can use for parts or as a talking point in your home.

What Is an 8mm Movie Camera?

The 8mm film format first appeared on the market in the 1930s and instantly became a success. It consists of a 16mm film thats reperforated with twice the usual number of perforations along its edges, but with the same sprocket hole size.

What Should You Consider When Buying a Vintage 8mm Camera?

For some people, buying a vintage movie camera is all about its aesthetics and finding a charismatic model to display in the home. Others want a vintage camera that is still in working order to experiment with the 8mm movie film camera format.

Content provided for informational purposes only. eBay is not affiliated with or endorsed by Minolta.