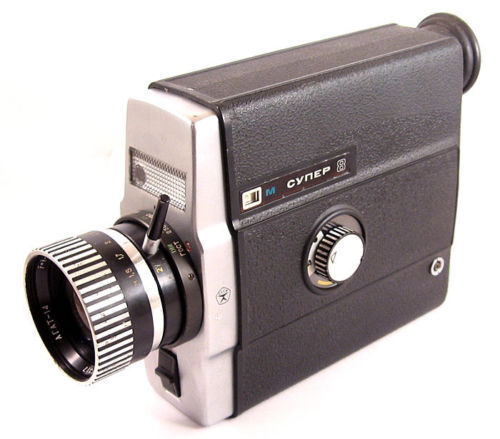 Super 8 movie cameras are a vintage motion picture camera first manufactured by Kodak in 1965, which required the use of its own Super 8-millimeter film, a film stock that had an additional 1.29-inch oxide strip used to record sound. These analog cameras were designed to also work with other types of 8-millimeter film, such as Kodak Super, Super 8 film, Tri-X, Fujifilm, and Kodachrome, and to record at speeds of 18 to 24 frames per second, which were later altered to record slow motion. Known for their home movie quality, what followed was the invention of Super 8 cartridges, diverse film stock, film projectors, and in 2013, its reintroduction into digital technology.

There are several features that distinguish the two.

What are some Super 8 film cameras?

If you’re looking for a good Super 8 film camera, check out these possibilities.

What Super 8 digital cameras are available?

With the integration of electronic video features, Kodak relaunched its Super 8 model designed with a flip LCD display just like the updated video camcorders, so you can frame your shot. A mini-HDMI port, inputs, and outputs are located on the back of the camera just like you see in video, so you can also plug the camera into a screen or computer. The audio is captured separately via an SD card. The camera comes with a Ricoh 6-millimeter lens that has the ability to manually focus and to swap multiple C-mounts. Moreover, you can shoot at frame rates of 9, 12, 18, 24, and 25.

If you are a movie enthusiast, a Super 8 camera is a must-have. Whether you chose Kodaks Super 8 or another brand, you will capture lifes moments encapsulated in a nostalgic look.

\tContent provided for informational purposes only. eBay is not affiliated with or endorsed by Kodak.